In a move that will help tourism, the Yangon Heritage Trust (YHT) has begun installing descriptive plaques outside Rangoon’s City Hall and other buildings, as part of a larger project to highlight colonial architecture throughout Myanmar’s (Burma’s) biggest city.

The blue plaques initiative, as the US$75,000 project is known, will see 100 plaques installed outside sites of architectural and historical significance over the next year, with descriptions in both Burmese and English detailing when each building was built and why it is important.

The project is being funded by Dutch electronics giant Philips, which has partnered with the YHT. The original plan was to install 200 plaques in the city but this has been scaled back due to the expense of ordering high-quality plaques from Australia.

Philips, which opened its first store in Yangon last year, is also paying separately to illuminate the colonial buildings with LED lights. It has already installed lights outside Mahabandoola Park and City Hall. 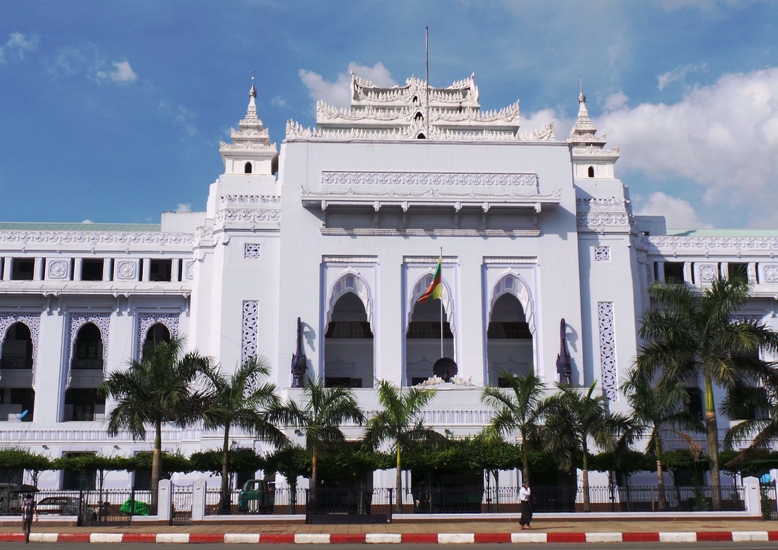