As posted by Traveloscopy Travelblog 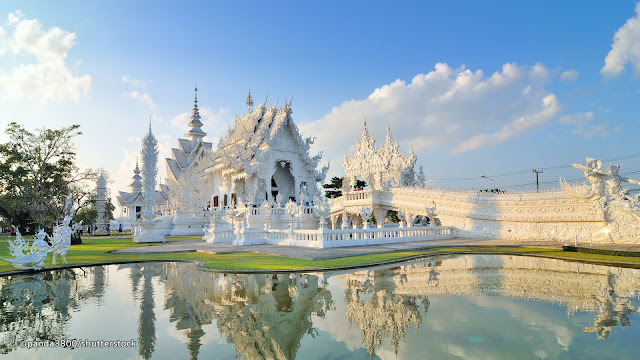 Many come on a day trip from larger, more well-known Chiang Mai, but that doesn’t allow sufficient time to experience all that this city offers. It really deserves much longer than this.

Day visitors see the extraordinary big three attractions – the White Temple, the Black House, and the Blue Temple – but miss out on the history, the serenity and the character of the city.

Chiang Rai was founded in 1262 by King Mengrai as the first capital of the Lanna Thai Kingdom before he later moved his capital to Chiang Mai. Chiang Rai was subsequently conquered and occupied by the Burmese and it was not until 1786 that Chiang Rai became a Thai territory.

The spiritual heart of Chiang Rai is a life-size monument dedicated to King Mengrai the Great. Backed by three giant golden tungs (Lanna flags), the King’s monument is a good place to understand the early history of the city. 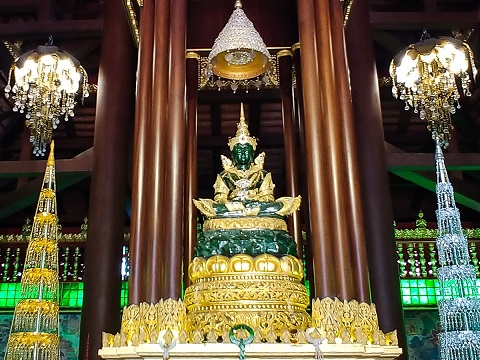 Wat Klang Wieng, built in 1432, houses the original city pillar shrine as well as a spectacular temple complex built in a contemporary Lanna style. The temple has ornate grillwork, roof finials and gilded decorations on its vivid red façades and is a popular photographic spot.

If you are visiting the hill-tribe villages around Chiang Rai, it’s a good idea to first drop by the Hill-Tribe’s Museum and get familiarised with their culture. The museum aims to build awareness of responsible tourism by educating visitors about Thailand’s ethnic hill-tribe communities and local etiquettes that they should observe.

The museum showcases the history, customs and traditions of the seven major tribes inhabiting the northern highlands of Thailand, and displays the colourful tribal costumes of the ethnic hill-tribes.

If you want to know more, head over to the Mae Fah Luang Art & Cultural Park. Set in a lovely landscaped lake garden is a cluster of teak structures, constructed in traditional Lanna and hill-tribe styles.

At the Oub Kham Museum, you can see royal regalia and costumes and an assortment of rare antiques, pottery, ancient Buddha images, artefacts and tribal costumes. The collections are housed inside five exhibition rooms and a man-made cave.

Chiang Rai’s modern culture is displayed at the city’s clock tower. This is another offering from Chaloemchai Khositphiphat, the creator of the White Temple. It is best viewed in the early evening when the tower comes to life in an eight-minute light and sound show. Traditional Thai music plays and the monument turns from gold to all the colours of the rainbow.

Chiang Rai City should be all about chilling out and taking it in slowly. The city is built beside the Mae Kok and while there are a few hotels and restaurants along its banks it is largely undeveloped from a tourism point of view. To fully appreciate the beauty of the river, it is best to hire a long-tail boat and go for a ride.

An alternative is to rent a bicycle and take a leisurely ride around the city using the Tourism Authority of Thailand’s cycle map highlighting six routes following the river, or in surrounding districts, that visit most of the city’s popular sightseeing spots on quiet lanes.

Cycling is also popular around Singha Park on the outskirts of town. This agricultural tourist attraction has its own cycle lane around part of the extensive parkland, tea plantation and orchards. The park is a very low-key attraction spread out over a wide area but there are a few specific attractions such as a mini-zoo, a zip line, a restaurant, and a pizzeria.

Beyond the cycle paths, the travel experience could touch on meditation, yoga classes or a serious introduction to Buddhist teachings. There are wellness retreats which offer vegetarian meals, meditation, yoga and Tai Chi.

Thai food is a major attraction to most visitors and Chiang Rai offers plenty of variety. Khao Soi Gai Nong, a coconut curry noodle soup with chicken leg, is a local favourite. It comes with a side serving of red onions, lime, and pickled cabbage.

For a special treat try the ambiance of a riverside restaurant or enjoy the action and street food at the Night Bazaar.

Getting to Chiang Rai

There are many daily flights from Bangkok on several airlines which take about an hour and 15 minutes. If coming from Chiang Mai, the road trip takes about three and a half hours. The city has a wide variety of accommodation suitable for all tastes and budgets.