Bucharest: Ready for a post-Soviet future 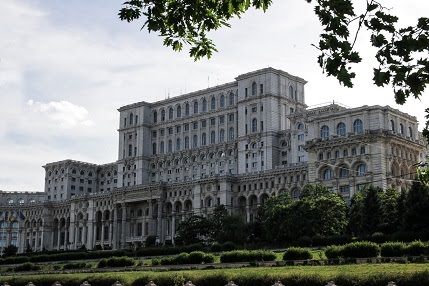 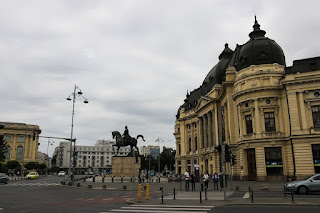 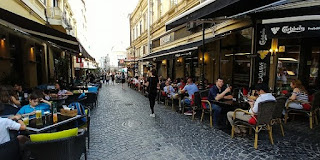 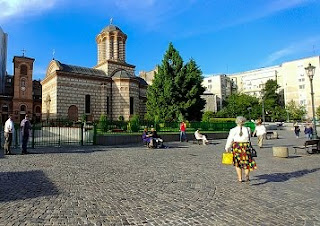 “There is no such thing as vampires,” I’m told on my first afternoon in Bucharest, Romania. “Dracula is our country’s biggest brand, but he is fake.” My wife and I had not come to Bucharest to find vampires. In fact, we were uncertain why we had come but a few days later it was clear. We had come to see a place once known as the “Paris of the East” which had suffered badly under five decades of communism but was now re-emerging as a welcoming place for all visitors.

Bucharest is unlikely to win any awards for beauty or style, but it surprised us with its cosmopolitan vibe and energy. Although much of Romania’s capital was bulldozed by the communists, the old town survived and is abuzz with bars, cafes and restaurants.

Nicolae Ceausescu, the megalomaniacal ruler for many years, ripped out a huge area of the historical centre — 30,000 houses, schools, and churches — to create his dream city with wide boulevards, stone-faced apartment blocks, and gurgling fountains modelled, it is said, on Pyongyang, North Korea. That is still there but thankfully so too are some wonderful art nouveau buildings, ancient churches and monasteries, lush parkland, lakes and elegant boulevards.

Romania joined the EU in 2007, but it is not in the Euro zone. Instead we changed our money to Romanian lei, and received a pleasant surprise with the result. That is another reason to stay longer than planned.

We started our sightseeing by visited the indisputably jaw-dropping Palace of the Parliament, a gargantuan concrete folly and an embodiment of communist-era might. Ceausescu bled the nation dry to erect the second-largest building in the world (after the Pentagon) and the huge annual maintenance bill is still a drain on resources. It finally opened in 1994 — five years after Ceausescu was executed in a bloody revolt.

We toured in a small group through a fraction of the 1100 rooms. Most are empty to this day but the ones we saw were lavishly decorated. Finally, we moved on to the balcony in Union Hall to take in the view down Unirii Boulevard. To visit, you need to have your passport with you and there is high security.

Palace Square was where in 1989, Nicolae Ceaușescu realised that the 80,000 people that had gathered had not come to hear his speech but to start a revolution. He began to deliver his speech but he was quickly airlifted by helicopter from the roof top. He and his wife were executed three days later and the square was renamed Revolution Square.

Around the square are the tall white Memorial of Rebirth Obelisque, the former Royal Palace which is now the National Museum of Art of Romania, and the mid-19th century Roman Athenaeum opera house where the Romanian Philharmonic Orchestra plays.

The National Museum of Art is separated into a European Gallery, with an impressive quota of old masters, and a National Gallery of Romanian art. Just north, the Roman Athenaeum is arguably the most beautiful building in town, and it’s worth visiting to sample its acoustics and to gawk at its opulence. This building is a Romanian symbol and appears on a 5 Lei note.

Art of a different kind is seen on the streets. There seems to be graffiti everywhere but as one local put it,” They’re just buildings being ‘spruced up’ with graffiti.”

One of the surprising delights was roaming around without a plan. Fresco-filled churches hide in corners where they escaped communist building projects. The majority of the population are Eastern Orthodox, and you will find Orthodox churches dotted throughout the city. Tiny but beautiful Stavropoleos Church is in the Old Town while St Apostles’ Church and Antim Church, are both near Unirii Boulevard.

For something different we strolled in the gorgeously landscaped Cismigiu Park and watched the boats on the lake. There is a chess and backgammon retreat for seniors, the most seats I have ever seen in a park, and buskers for entertainment. This is just one of several nice parks and gardens.

In another park, mills, parts of churches, old homesteads and agricultural structures are all on display in the National Village Museum, an open-air delight on the banks of Herăstrău Lake. It is comprised of some 300 buildings. It is a very long walk from the Old Town but several buses run past the museum.

Romanian food is not well known outside the country so we went to Caru’ cu Bere, the Old Town’s most famous beer hall with gorgeous painted vaults to try the Romanian national dish; cabbage rolls stuffed with mincemeat, with a side of polenta. It was excellent. We later tried this dish in other places and always found it enjoyable.

Bucharest was a surprise. After several days we were still finding new things to see, new places to eat and drink (the Old Town has hundreds of restaurants and bars), and new experiences to enjoy. We could happily go back there.

There are no direct flights from Australia to Bucharest but there are connections from many European capitals.

Australian passport holders do not need a visa for a tourist visit of up to 90 days.